Tokyo is home to 13 million people, although more than 36 million live in Greater Tokyo.

Accounting for almost a third of the country’s economic output, it is Japan’s commercial capital, with a per capita GDP of roughly $70,000.

Tokyo ranks above average overall in the index. The Tokyo Metropolitan Government has attempted to establish the city as a pioneer in environmental issues.

It has started several initiatives and has even instituted policies which were later adopted by the national government.

Taipei City, the capital of Taiwan, has a population of 2.7 million. With a GDP per capita of $48,400, it is the third-richest city in the index, and ranks above average overall, as well as in seven of the eight individual categories.

Although it is divided into 12 districts, responsibility for environmental policies lies with a single department.

Taipei has the second-lowest energy consumption level, a large amount of green spaces and, in comparison to other high-income cities, the lowest CO2 emissions per person. 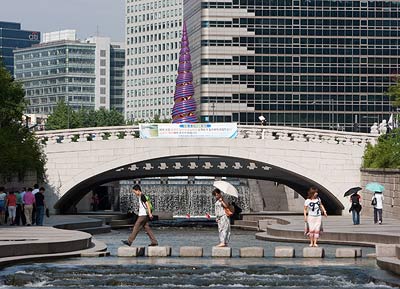 Seoul is home to 10.5 million people and the country’s political, economic and cultural centre, generating a GDP of $19,600 per capita.

The city is above average in six of the eight categories and also ranks above average overall. It scores well for having the densest metro and bus rapid transit system of all cities in the index and for being consistently strong on policies to maintain and improve the urban environment.

The city faces its biggest challenges in air quality, affected by the surrounding province’s manufacturing industries.

Osaka City has a population of 2.7 million people. With a GDP per capita of approximately $71,000, it is the most prosperous city in the Index, and ranks above average overall.

Osaka performs best in the transport category, benefiting from the second-longest transport network in the index.

Particular strengths include a robust waste collection and sanitation infrastructure and some of the strongest water sustainability policies. 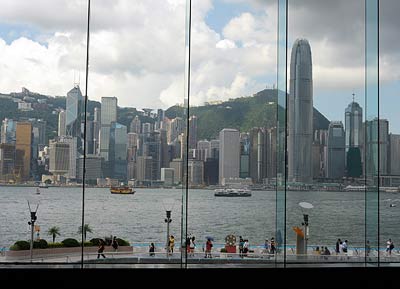 Hong Kong is a major East Asian financial, trading and transport hub, with one of the world’s busiest ports.

Its GDP per capita of nearly $30,000 places it in the high-income group of the index. Hong Kong ranks above average overall.

The city’s best performance is in the land use and buildings category, where it ranks well above average, boosted by having one of the largest amounts of green spaces in the index.

In general, Hong Kong benefits from having a wide range of proactive policies to improve and protect its environment.

Singapore is Asia’s greenest metropolis. It stands out in particular for its ambitious environmental targets and its efficient approach to achieving them.

Singapore is a prosperous city-state with a population of about 5 million people. Its residents are the fourth-wealthiest among the 22 cities in the index and generate a GDP per person of $36,500.

The city is the only one in the index to rank well above average overall. It shows consistently strong results across all individual categories, performing especially well due to policies to maintain and improve the urban environment.

Since the city gained independence in 1965, the government has emphasized the importance of sustainability. 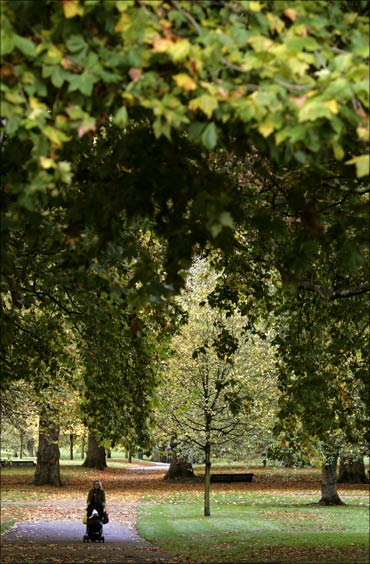 Also among the study’s particularly gratifying results were the following:

Environmental awareness is growing, and a majority of the Asian cities have already introduced comprehensive environmental guidelines.

Average annual CO2 emissions per capita are 4.6 tonnes in the Asian cities, and below the corresponding figure for Europe (5.2 tons per capita and year).

According to the study, the biggest challenges facing Asia’s cities are in the following areas:

Asia’s metropolises have much catching up to do in the area of renewable energies, which on average account for 11 per cent of the total electricity generated in the 22 cities. By comparison, the average in Latin America is 64 per cent  due to the high proportion of hydroelectric power plants there.

Cities are the growth engines of the future, but they are also responsible for 75 per cent of worldwide energy consumption and for around 80 per cent of the human CO2 emissions.

The Asian Green City Index, a study commissioned by Siemens and performed by the independent Economist Intelligence Unit, analysed the aims and achievements of major Asian cities with respect to environmental and climate protection.

From India, four cities feature in the report.

The EIU developed the methodology in cooperation with leading urban experts around the world, including representatives of the OECD, the World Bank and Asia’s regional network of local authorities, Citynet.

“The study of Asian cities shows one thing very clearly: higher income does not necessarily mean higher resource consumption. While resource consumption increases substantially up to an annual gross domestic product of about $15,000 per capita, it drops again when income rises beyond this,” said Jan Friederich, research head of the EIU study.

This is primarily because in prosperous Asian cities, environmental awareness is greater and infrastructures are more efficient. These cities are actively cutting their consumption of natural resources and are thus developing more sustainably.

As one of the world’s leading international financial centres, Hong Kong has a major capitalist service economy characterised by low taxation and free trade, and the currency, Hong Kong dollar, is the ninth most traded currency in the world.

As of 2010, Hong Kong is the eighth most expensive city for expatriates, falling from fifth position in the previous year.

In 2011, Hong Kong was ranked second in the Ease of Doing Business Index, behind Singapore. 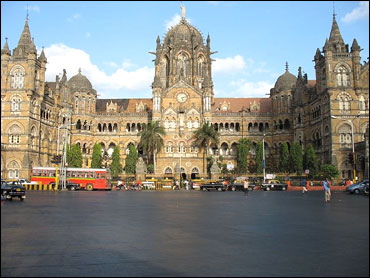 Mumbai is India’s largest city (by population) and is the financial and commercial capital of the country as it generates 6.16 per cent of the total GDP.

State and central government employees make up a large percentage of the city’s workforce.

Mumbai also has a large unskilled and semi-skilled self employed population, who primarily earn their livelihood as hawkers, taxi drivers, mechanics and other such blue collar professions.

The port and shipping industry is well established, with Mumbai port being one of the oldest and most significant ports in India.

While the city is the third largest exporting region in China, behind Shanghai and Shenzhen (and a major centre for Taiwanese investment), outside of China, Dongguan has yet to earn ab ig name for itself.

However, its industrial restructuring has already enhanced the city’s capability of independent innovation and the quantity of patent applications. 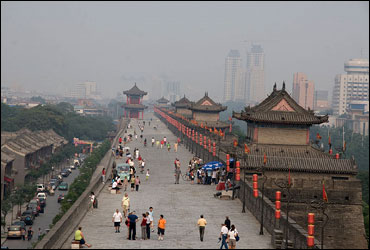 Xi’an, as a second-tier city in China after the likes of Beijing and Shanghai, has a track record in the business process outsourcing field. The local government is using tax and other incentives to encourage companies and professionals to relocate there. 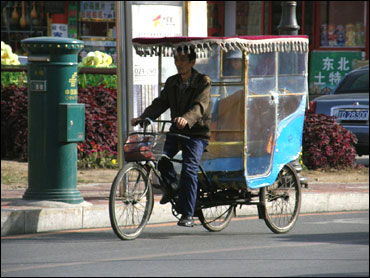 Shenyang is an important industrial centre in China.

It has focused on heavy industry, particularly aerospace, machine tools, heavy equipment and defence, and recently on software, automotive and electronics.

Meanwhile, the services sector – especially banking – has been developing in Shenyang. 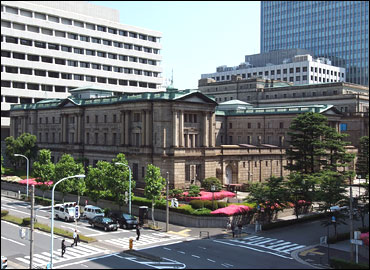 Tokyo is one of the three world finance ‘command centres’, along with New York City and London.

It houses the headquarters of several of the world’s largest investment banks and insurance companies, and serves as a hub for Japan’s transportation, publishing, and broadcasting industries.

Tourism in Tokyo is also a contributor to the economy. 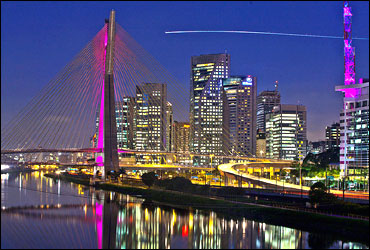 Once a city with a strong industrial character, Sao Paulo’s economy has become increasingly based on the tertiary sector, focusing on services and businesses.

The city is also unique among Brazilian cities for its large number of foreign corporations.

The city has 1,500 bank branches. There are 70 shopping malls. Sixty-three per cent of all the international companies with business in Brazil have their head offices in Sao Paulo. 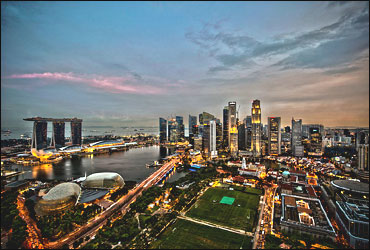 Along with Hong Kong, South Korea and Taiwan, Singapore is one of the Four Asian Tigers.

The economy depends heavily on exports and refining imported goods, especially in manufacturing.

Singapore has one of the busiest ports in the world and is the world’s fourth largest foreign-exchange trading centre after London, New York and Tokyo.

Moscow is one of largest city economies in Europe and it comprises approximately 24 per cent of Russian GDP.

It has the lowest unemployment rate of all federal subjects of Russia, standing at just one per cent in 2010, compared to the national average of 7 per cent.

Moscow is the undisputed financial centre of Russia and home to the country’s largest banks and many of its largest companies.

Moscow accounts for 17 per cent of retail sales in Russia and for 13 per cent of all construction activity.

New Delhi is one of the fastest growing cities in the world and has a total population of nearly 14 million residents. It is one of the world’s top global cities.

In a report jointly prepared by Institute for Competitiveness and Confederation of Indian Industry, the city is listed as the best to live in.

According to Mercer, New Delhi is the most expensive city in India for expatriates in terms of cost of living.

Taipei has been at the center of rapid economic development in Taiwan and has now become one of the global cities in the production of high technology and components.

Taiwan is now a creditor economy, holding one of the world’s largest foreign exchange reserves of over $352 billion as of February 2010.

Taipei and its environs have long been the foremost industrial area of Taiwan.

Most of the country’s important factories producing textiles and apparel are located there. 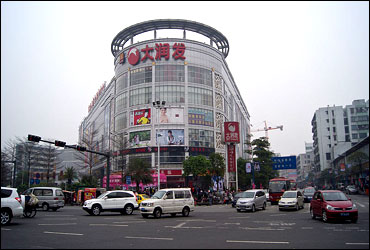 Following Shenzhen and Guangzhou, Foshan is the third largest manufacturing base in the Pearl River Delta.

Once home to a strong state-owned enterprises sector, its current economic strength lies in privates firms.