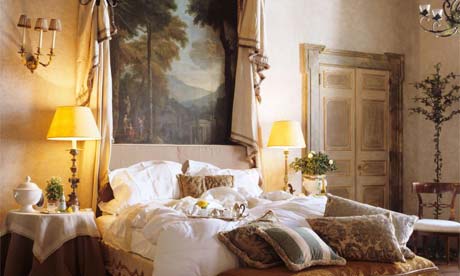 Not a hotel in the conventional sense, but then it’s hard to imagine any hotel in Rome, or any other city for that matter, with rooms as sumptuous as the two suites in this majestic 16th-century palazzo. The antiques, Roman busts, priceless oil paintings and vast, silk-draped canopy bed are much as they were when Napoleon III lived here in 1830. And unlike many of Rome’s luxury hotels, which languish on, or beyond, the peripheral Via Vittorio Veneto, the patrician Residenza is centrally located on Via Condotti, Rome’s smartest shopping street.